The double negative didn’t walk into no bar!

What’s a Grecian Urn? About twenty thousand drachmas a year after taxes!

Okay I’ll stop now, so today we’re talking about HUMOUR and like poetry, humour is everywhere and we all respond to it. Cracking jokes can take the awkwardness out of some social situations; at work it can help build relationships; it’s a coping strategy too that relieves tension taking the edge off daily stresses which is critical to promoting harmony in our lives and diffusing negative emotions. In the serious business of poetry, humour is often viewed with suspicion and yes there are a lot of nonsense verses out there, fun nursery rhymes and terrible gibberish but then you get the great stuff, the satire, the irony the comic timing from writers like Billy Collins who uses comedy to lighten the pain of loss in his poem Putting Down The Cat which we’ll read later, but also here about his dead parents in No Time, he writes:

In a rush this weekday morning,
I tap the horn as I speed past the cemetery
Where my parents are buried
Side by side beneath a slab of smooth granite
Then, all day, I think of him rising up
To give me that look
Of knowing disapproval
While my mother calmly tells him to lie back down.

So through humour he crafts a poem that is full of feeling without being over sentimental. This reminds me of something Russian playwright Anton Chekhov said about having a necessary coldness when you write ’when you want to make the reader feel pity, try to be somewhat colder … the more objective you are, the stronger will be the impression you make’. So using poetic devices such as humour, satire and hyperbole ensure that otherwise serious topics pack more of a punch.

When we laugh, we temporarily give ourselves over to those who make us laugh and that’s what we’ll do now. Today’s show features Putting Down The Cat by Billy Collins, The Cremation Of Sam McGee by Robert William Service (read by Johnny Cash), God Says Yes To Me by Kaylin Haught, Symposium by Paul Muldoon and also, in Ill-wishing Him British poet Dorothy Nimmo takes a stoical approach to her lovers departure. You know it hurts when somebody leaves us and I think that how we heal depends on how we deal. Our outlook is everything and sometimes humour can help to mend the wounds of loss. Humorists have one cardinal rule: Don’t be inhibited. It’s better to take a rebellious attitude toward sensitive subjects than to pussyfoot around them. Nimmo writes from a pared back place, of a strength gained through painful insight, and with clever sleight of hand, she wittily gets her own back on the man who walks out on her.

Now there’s a joker in every pack isn’t there. There’s always someone who will, I don’t know, lets say eat the food someone else was saving! We know who you are William Carlos Williams! Somebody has eaten all the plums – and New Jersey doctor and poet William Carlos Williams gives us a poem written in the form of a note or memo left on a kitchen table, probably a note to his wife that turned into a poem, or as the experts call it – a found poem – where you take an existing text and refashion and reorder it. Was it a fair trade for the plums she was saving for herself? Is he really sorry? Known as an innovator, his poem This Is Just To Say is written in the imagist style, a poetic form that focuses on precise imagery and sharp language.  It reminds me of younger days when I used to house-share with people and we’d all have our names left on random grocery items in the fridge or in the cupboard and woe betide anyone who put their hands on my plums!

Next, the American poet and playwright Kenneth Koch gives us a spoof on the plum poem in his Variations On A Theme. Labelled as just a comedic poet, Koch himself spoke of the comic element as something that enabled him to be lyrical. But he was a very funny poet and here in Variations On A Theme By William Carlos Williams, Koch extends the original poem from one to four topics in what seems like almost a retaliation for Williams having eaten the plums! The plums were being kept for breakfast but with Koch now having nothing to do he chops down Williams’ house and so on, asking for forgiveness as Williams does in the original.

Remember humour can have a significant positive effect on our lives. Laughter, as they say, is the best medicine and it’s one of the first things we learn to do as newborns. And funny people receive a lot of attention and admiration don’t they? Most studies find humour to be a highly desirable attribute, which probably explains why the acronym GSOH is so popular in dating ads. Humour is big business too, when you think that it influences many of our daily decisions about what books or magazines to read, TV shows to watch, marketers’ are constantly trying to grab our attention with funny ads and products, all with their own in-house humorists writing them. And for writers, its all about imagination, constantly asking what if?, looking at ordinary things in extraordinary ways, it’s imagination that drives comedy and practically everyone has an imagination – or else no one would ever get married BOOM BOOM! 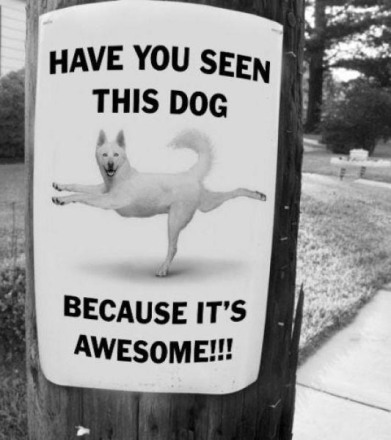